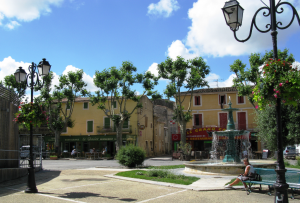 The village was founded by Wisigoths migrating from Northern Italy to Spain and so going through Languedoc in the Vth century. Many priests went across that region in order to convert its people. St Laurent d’Aigouze didn't own any lands until the XVIIIth century; they all belonged to Psalmodi Abbaye.

St Laurent’s first sedentary inhabitants settled there at the beginning of the XIth c., they had been called upon by the monks of the Abbaye to cultivate their lands.

They would give them the crops and in return they were allowed to hunt, to fish, to put the cattle to graze in the marshes and on the land. In the XVIth c. religious wars changed drastically the inhabitants’ lives. In 1562 there was a majority of Protestants in the village. 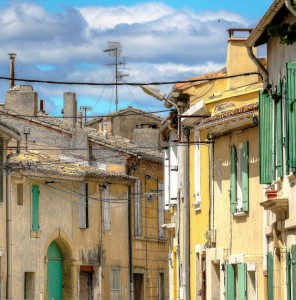 In 1870, le "phylloxera" (insects eating up the roots of the vineyards) devastated all the vineyards. To put an end to this disease, every vineyard was replanted and immerged in water. In those days, farmers started planting lots of immense vineyards in the sandy parts of that area; - dunes were levelled – thus bringing prosperity to the region.

Today lots of vineyards have been uprooted, but some vineyards still exist producing good wines such as "le Vin des Sables". 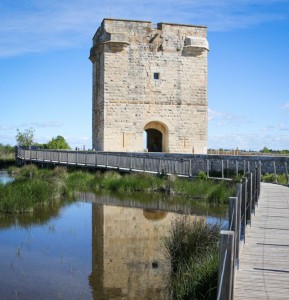 At 6 kms away from St Laurent d’Aigouze, on the former Aigues-Mortes road, an imposing square tower looms up in the marshes, it was built according to the will of Louis IX called ST Louis as well as Aigues-Mortes' walls

In the XIIIth century this tower was an outpost to the " tour de CONSTANCE".

The marks left in the fireplace situated on the 1st floor of the tower show that soldiers were permanently stationed there to see if any invaders were approaching.

That tower was the only way to go by land to Aigues-Mortes and to the salt marshes.

The abbots of Psalmodi, Psalmodi is the name of the Abbaye, had imposed a toll to go through it.

On the ground floor you can admire ogive ceilings.

Nowadays the abbots of Psalmodi would be surprised to see that the tower has become an observatory with an amazing view on the whole region: from "Mont Ventoux” to " Le Pic –St-Loup ". This peaceful area has become the kingdom of tufted herons, grey herons, marsh hens, ducks, nutrias and many other different species. There, you can see bulls and horses grazing quietly. 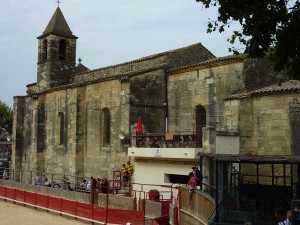 It was both damaged by the long religious wars between Catholics and Protestants and by time. What exists now is the result of works done over three different periods:

The architect Davilier built the last two elements of the church.

In 1703 it was burnt by "les Camisards" (revolted protestants)

When looking at the bull-ring you can see the "toril" leaning against the sacristy. It was built by Ludovic Trouchaud. Such a construction is unique in Europe and is listed a historic monument.

You can donate online - www.fondation-patrimoine.org/43371 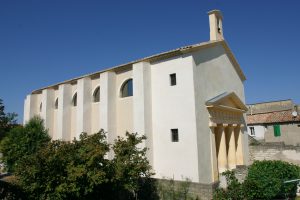 In order to replace the old crumbling down temple, too small to contain the large protestant community, a project was conceived and approved on February 14th 1803, 25 000 francs were given by the state to confirm it, that sum was largely completed by the protestants.

This building, whose neo-classical front is very popular in the region, is composed of a one vesselled nave and a semi-circular apse.

Outside the walls have been enforced with buttresses, the windows have been set in between each buttress. 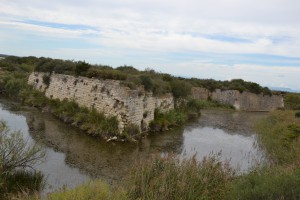 This fort, just a few miles away from Aigues-Mortes but on Saint-Laurent d’Aigouze territory, is rich with history.

According to a legend the word "Peccais» would derive from “Peccatius", the name of a roman engineer who invented the first techniques to exploit salt.

During the last two millenniums, huge quantities of salt were extracted from Peccais and all the other surrounding salt marshes.

In 1598 that famous fort was built in order to protect the salt marshes and the canals where the so precious salt used to be transported.

It also helped fight against the pirates that came from the sea to plunder "la Camargue ". Lots of fights took place to possess the fort especially during the religious wars. It was re-built in 163O and later on made bigger. It looks like one of Vauban's forts.